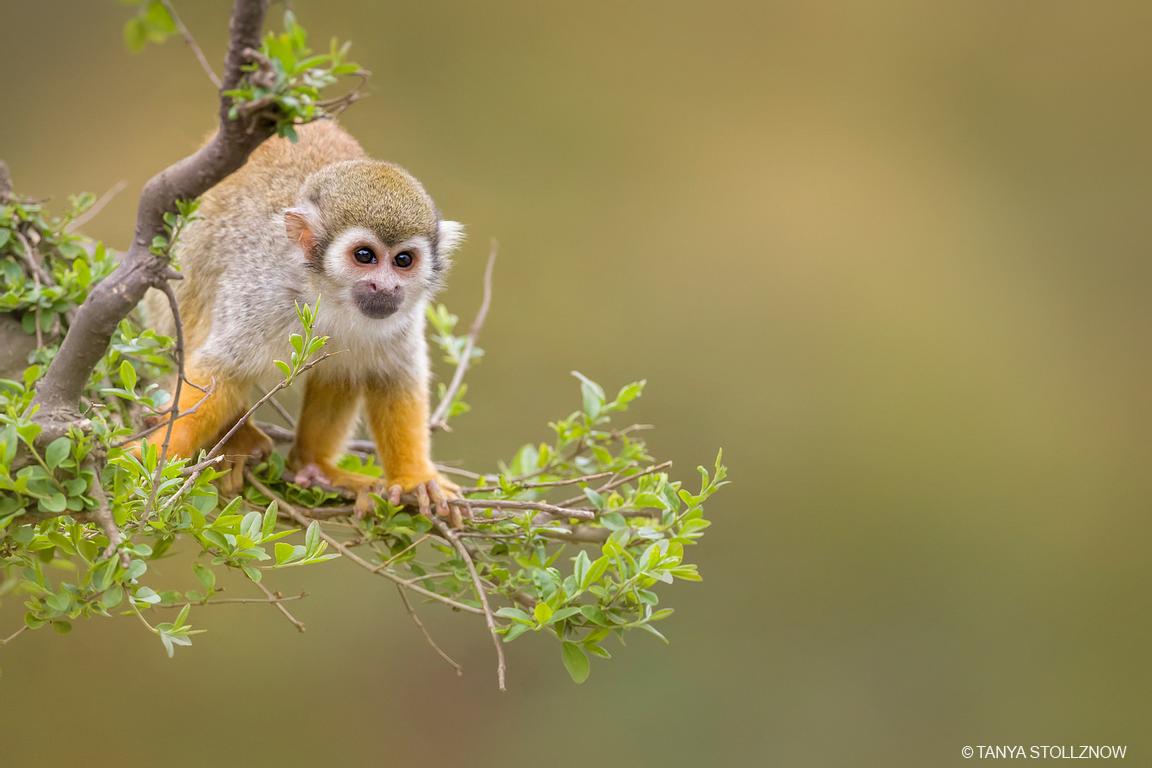 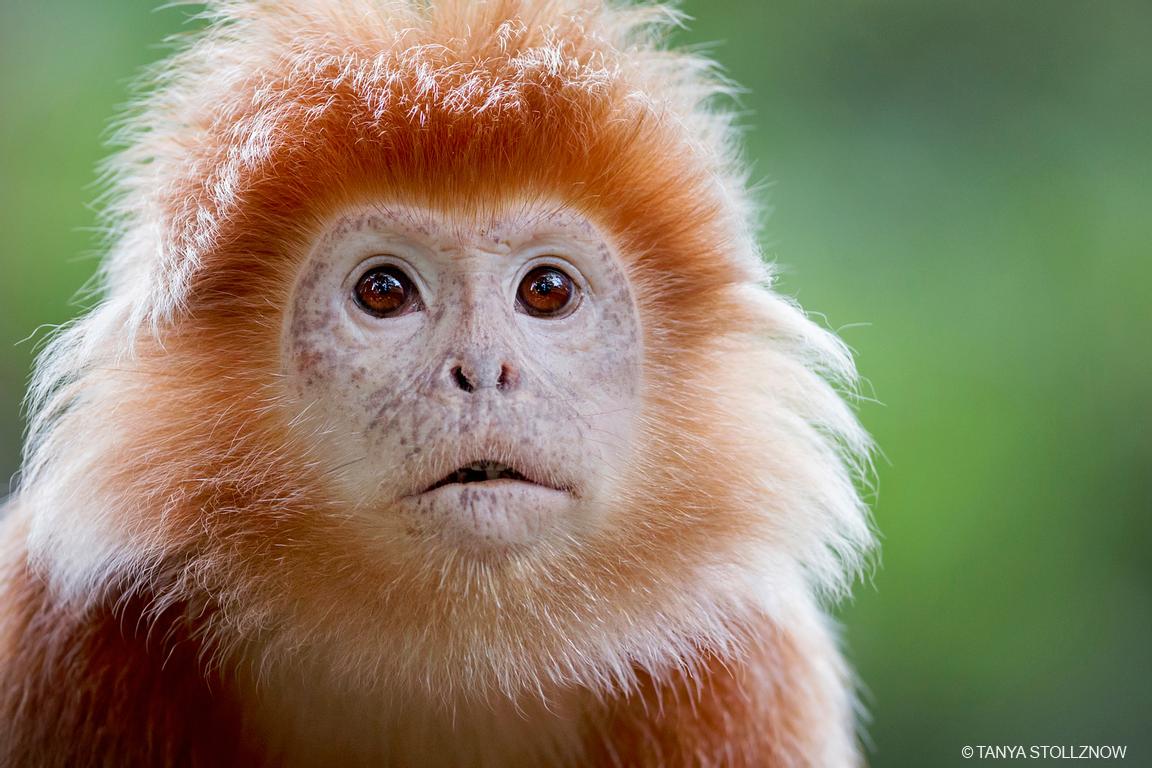 The Javan lutung also known as the ebony lutung and Javan langur, is an Old World monkey from the Colobinae subfamily.It is found on and endemic to the island of Java, as well as on several of the surrounding Indonesian islands. Like all langurs, this species' tail is noticeably long, measuring up to 98 cm in length while the body is only around 55 cm long. The two subspecies of this lutung are fairly similar in appearance and are geographically separated; males and females are both usually glossy black, although the females pale, yellowish white patch around the pubic area. Juveniles of both subspecies are orange in color. The nominate subspecies Trachypithecus auratus auratus has a rare race that does not lose its juvenile coloration when it matures, instead the coloration darkens slightly, with yellow tinges on its sides, limbs, and around its ears, and a black tinge on its back. The Javan lutung inhabits the interior and peripheral areas of rainforests. 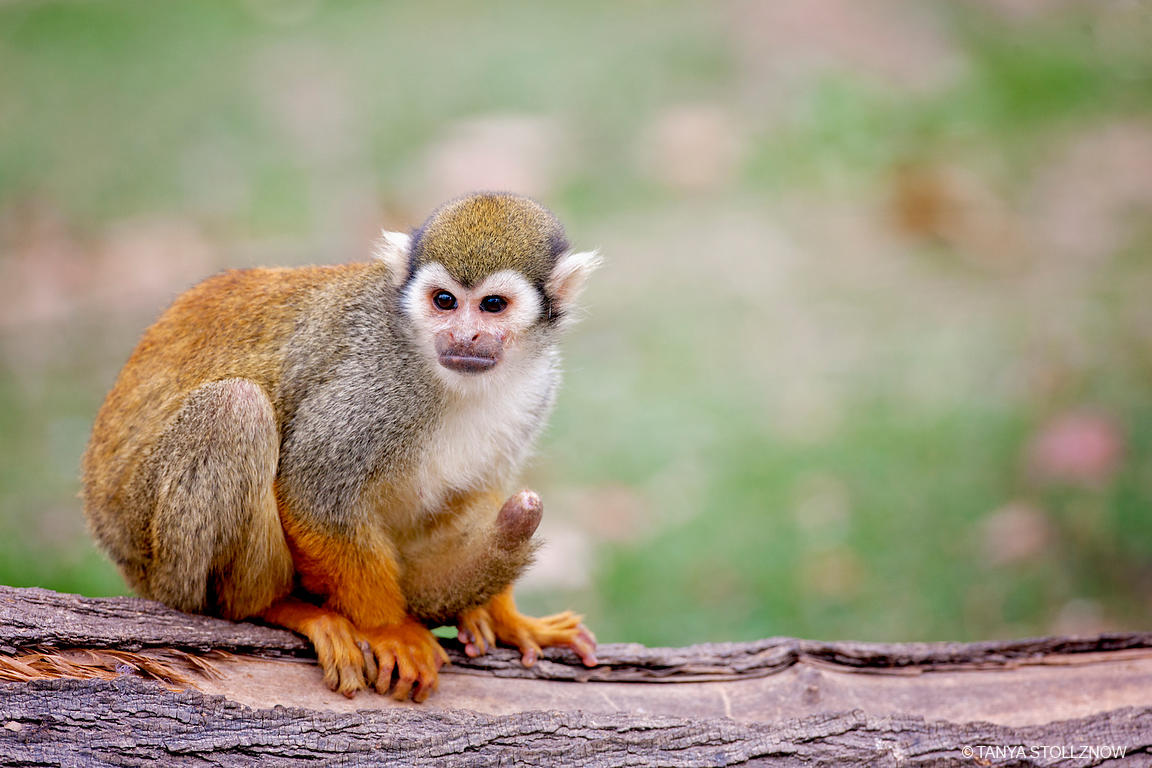