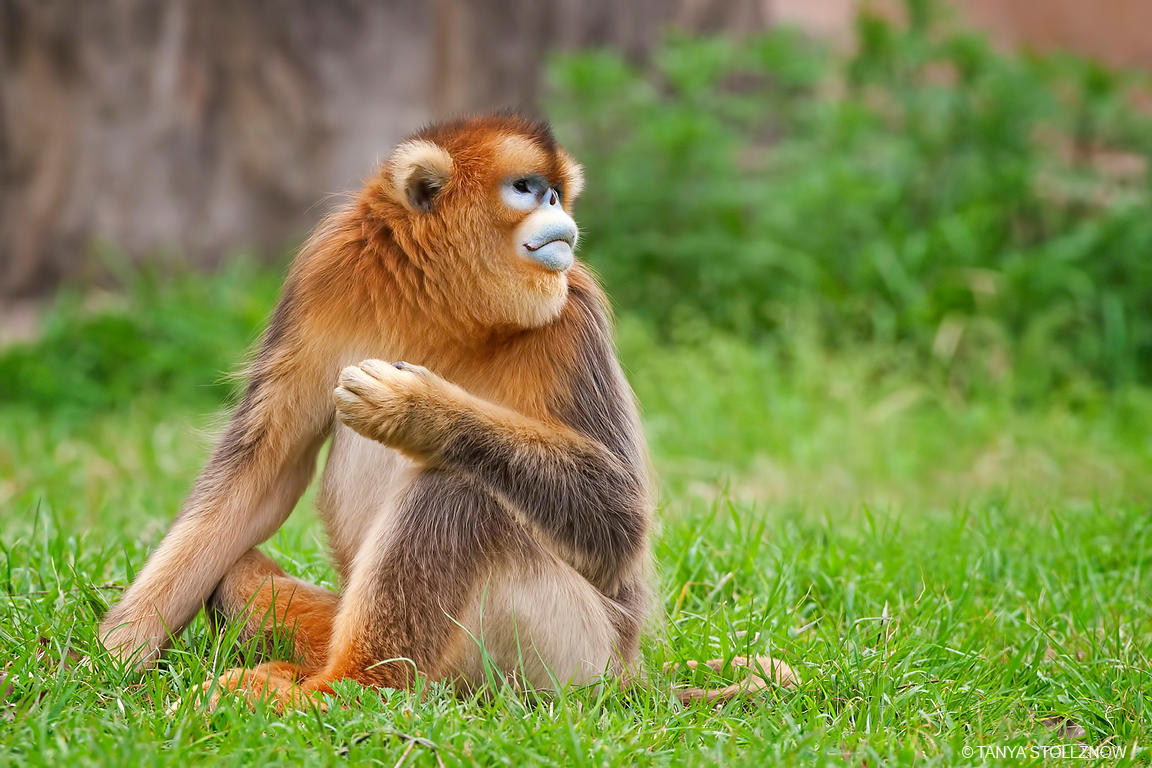 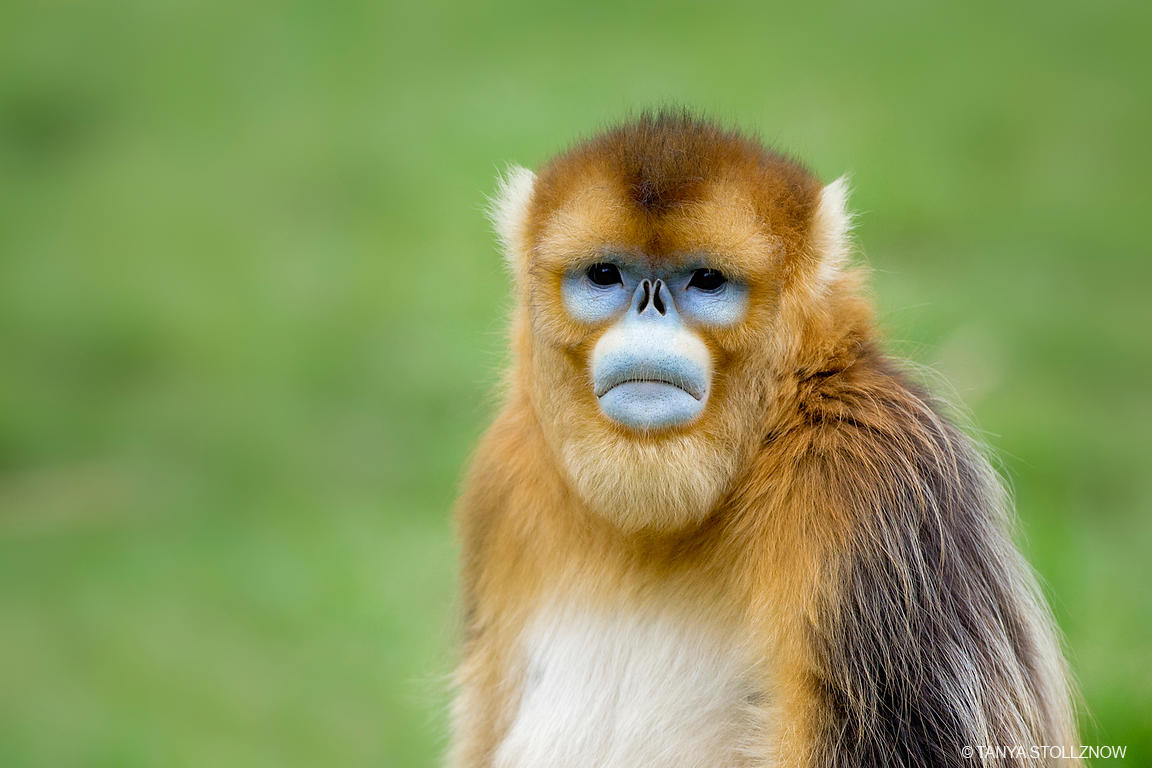 The golden snub-nosed monkey is an Old World monkey in the Colobinae subfamily It is endemic to a small area in temperate, mountainous forests of central and Southwest China.Situated in these mountainous forests of Southwestern China, they also inhibit at 1,500-3,400 m above sea level. It is also widely referred to as the Sichuan snub-nosed monkey.Of the three species of snub-nosed monkeys in China, the golden snub-nosed monkey is the most widely distributed throughout China. Snow occurs frequently within its range and it can withstand colder average temperatures than any other non-human primates. Its diet varies markedly with the seasons, but it is primarily an herbivore with lichens being its main food source. It is diurnal and largely arboreal, spending some 97% of their time in the canopy. There are three subspecies. Population estimates range from 8,000 to 15,000 and it is threatened by habitat loss. 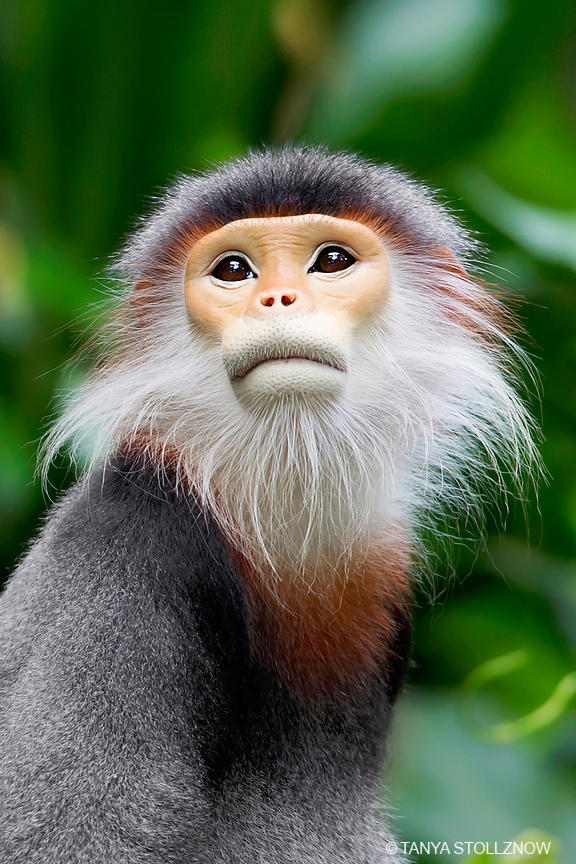