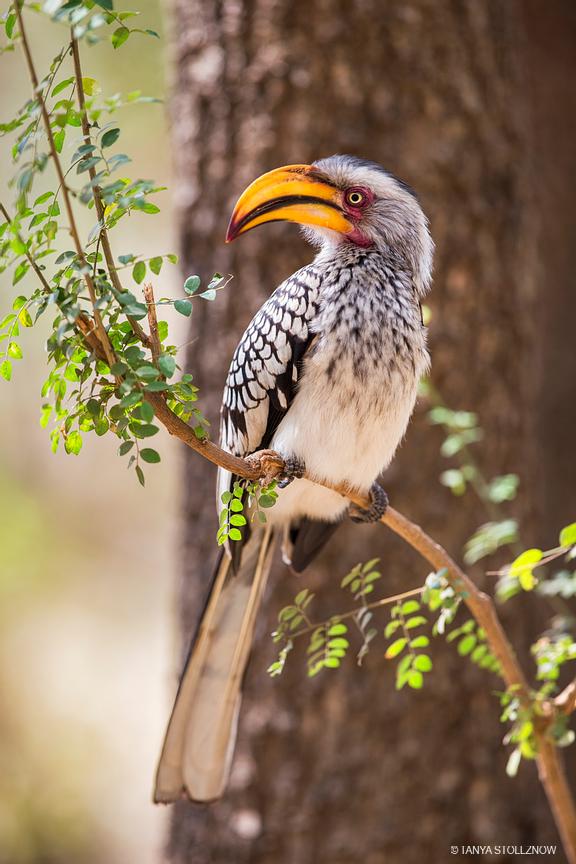 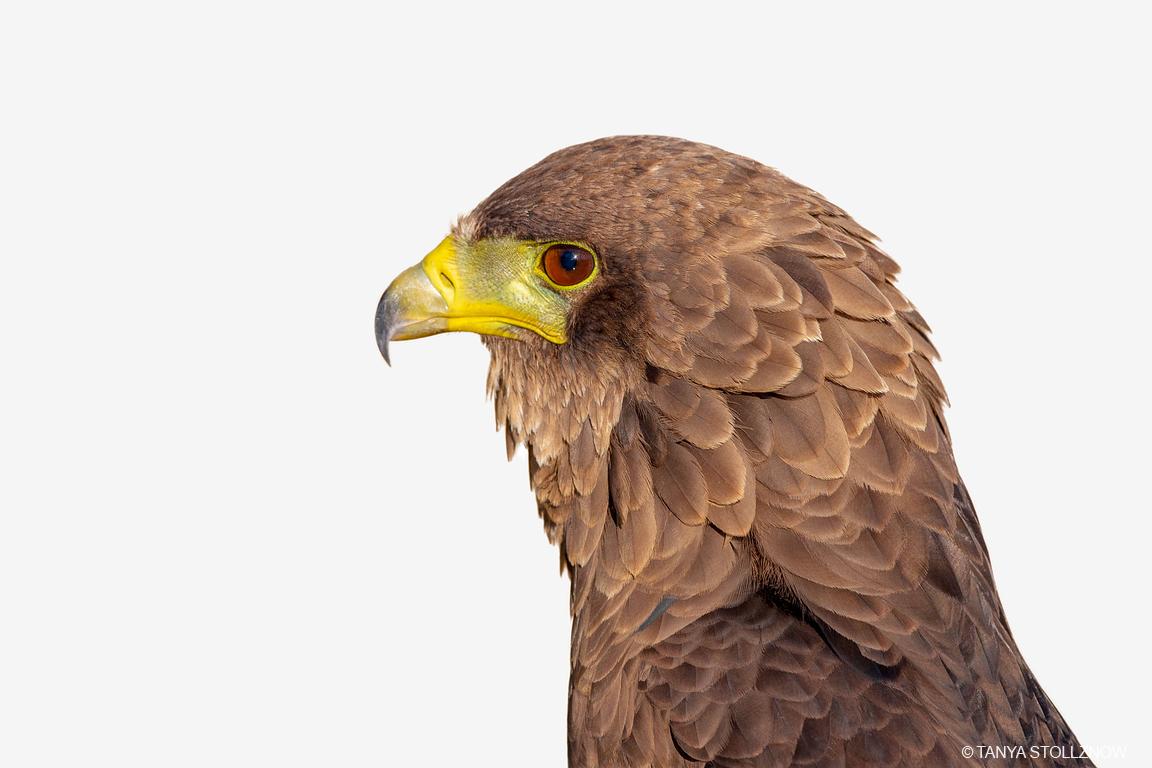 The bateleur is a colourful species with a very short tail which, together with its white underwing coverts, makes it unmistakable in flight. The tail is so small the bird's legs protrude slightly beyond the tail during flight. The bateleur is sexually dimorphic; both adults have black plumage, a chestnut mantle and tail, grey shoulders, tawny wing coverts, and red facial skin, bill and legs. The female additionally has tawny secondary wing feathers. Less commonly, the mantle may be white. Immature birds are brown with white dappling and have greenish facial skin. It takes them seven or eight years to reach full maturity. 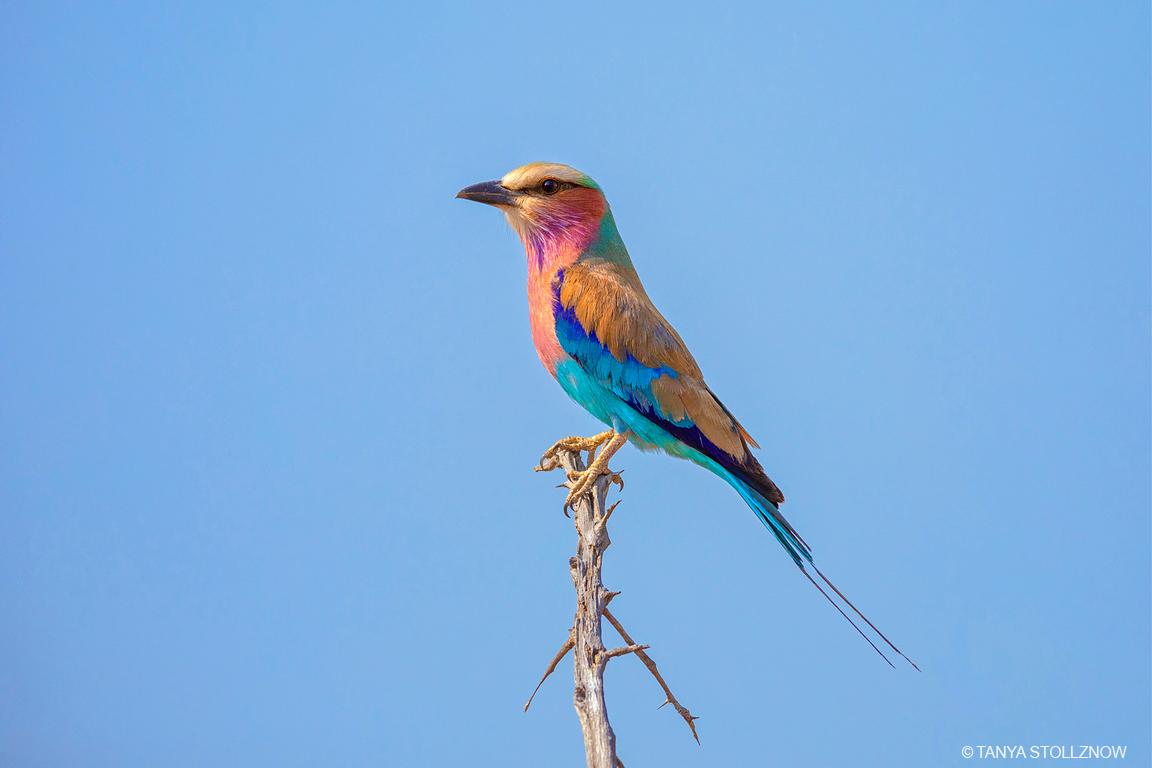