‘Captive’, an image captured in a wildlife reserve in South Africa by Wildlife Photographer Tanya Stollznow, was selected for the ACMP 21st Century Photographic Exhibition at VIVID. The exhibition showcased the work of ACMP photographers to celebrate the 21st year of the ACMP. The exhibition was held at The Overseas Passenger terminal as part of the VIVID Festival and Head On in May 2013, and shown again at the Ballarat Biennale and the IDEA show in September 2013 in Melbourne.

The image ‘captive’ encapsulates the possible future of wildlife in the 21st century and beyond. For ‘wildlife in the wild’ to be part of our future, there is a global responsibility for us all to contribute to and assist in the conservation of wildlife and their habitats. 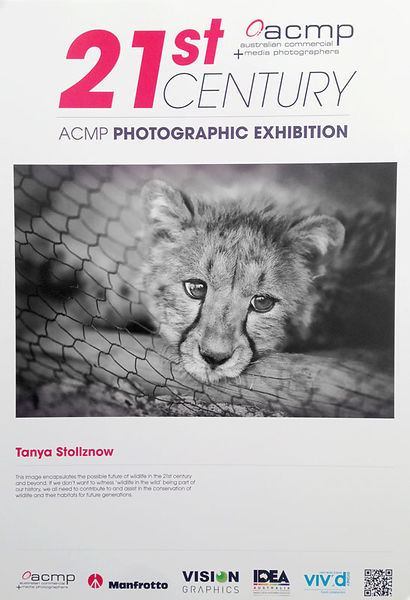